A 60-year-old challenges the elements and his own mortality on the most dangerous road in the world on motorcycle.

Ride of Your Life will take viewers along vicariously on motorcycle excursions to remote and exotic locations in India. Part reality show part documentary, it will be fast-paced, exciting and informative. You can support this project on Indiegogo or Patreon. 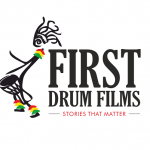 In its first installment Inicia Incorporated CEO Bruce T. Dugan will travel with friends to the top of the Himalayas to Ladakh, a cultural and trading crossroads for 1,000 years. Riding the highest and most dangerous road in the world, they’ll be challenged, mentally and physically, by the elements – as they camp out on the week-long ride; endure treacherous conditions caused by melting snows that become rushing water streams across the road; mud, and rough terrain.

Ladakh is a semi-autonomous region in northern India that borders Pakistan, the disputed region of Kashmir, and the Chinese autonomous regions of Xinjiang and Tibet. Tibet’s Himalayan peaks, Buddhist culture, spectacular scenery and traditional living gets few visitors; there are only two main roads, and they are rendered impassable for all but 3 months of the year due to snow.

A vagabond ever since he traveled to Argentina in 2003 for 10 days and stayed for 6 1/2 years, Bruce arrived in India in 2012. He planned to stay 90 days and then remained; he launched Incognito Worldwide in Bangalore. With his young colleagues he’s been blessed to travel India on many excursions, and now seeks to bring this fascinating country of varied history, peoples, cultures, and places to you in a video magazine and adventure web series.

“As you age you begin to recognize your own mortality,” Bruce says. “So you have to grab opportunities when they arise, or create your own. I’ve wanted to do this Himalayan trip for some time.”

ABOUT FIRST DRUM FILMS
The company was first established by Mr. Dugan in 2002 for the sole purpose of facilitating the completion and distribution of the documentary The Last Poets, in conjunction with Provocateur Incorporated. The documentary was premiered at the MIPCOM 2002 in Cannes France, then aired on Bravo TV (2003-2006), and was also distributed internationally in Sweden and Australia, among others.

History
Jordan was in Bangalore, India traveling with friends when he happened upon a cafe that Bruce frequented. On impulse Bruce offered for he and his friends to take Jordan and his friends on a short motorcycle day trip to Mysore (Mysuru). During that trip the two bonded and now look to bring Ride Of Your Life to viewers worldwide.